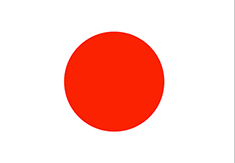 Founding of the Nation Day (Kenkoku kinen no hi)

-
Secular holiday : A national holiday that commemorates Japan's founding by the first emperor in 660 BC. This holiday was originally established as Empire Day in 1872, discontinued after World War II, then revived in its present form in 1966. Not a paid holiday when falling on Saturday or Sunday

-
cards/flowers : Introduced by Pope Gelasus in 498, perhaps in response to a local Roman tradition of lovers writing their names on an urn in February Women purchase gifts for men on February 14, and men reciprocate their love and affection on White Day, March 14.

-
Secular holiday : In tribute to Emperor Akihito (born in 1933) Not a paid holiday when falling on Saturday or Sunday

-
Culture : Hinamatsuri - Also known as girls' festival. Dolls representing the Emperor and the court in traditional dress of the Heian period are displayed on a red carpet.

-
Culture : The opposite of Valentines Day: men give cakes or chocolates to women.

-
Shinto : Shinto celebration of the change of seasons with the coming of spring with shouts of Devils out, Good Fortune in . Bean throwing protects against demons.

-
Culture : dates vary: end of April, beginning of May

-
Secular holiday : Celebrates the birthday of former Emperor Showa, who died in the year 1989. Until 2006, Greenery Day used to be celebrated on this day Not a paid holiday when falling on Saturday or Sunday

Day of Nature (Midori no hi)

-
Secular holiday : Stems from the celebration of the Emperor Shōwa's birthday on April 29 every year during the Shōwa era. In 1989, following the ascension of the current Emperor Akihito to the Chrysanthemum Throne, the name of the holiday was changed from Birthday of the Emperor to Greenery Day .[1]Officially, as its name suggests, it is a day to commune with nature and to be thankful for blessings. The day was renamed to Greenery Day to acknowledge the controversial wartime emperor's love for plants without directly mentioning his name.[2] However, in practice it is seen as just another day that expands the Japanese Golden Week vacation. [Wikipedia]

-
cards/flowers : Haha no Hi in Japanese

-
Culture : Literally Three Shrine Festival ), or Sanja Festival, is one of the three great Shinto festivals in Tokyo. It is considered one of the wildest and largest. [Wikipedia]
2023 edition confirmed

-
Culture : Tanabata - celebrated at night, after the stars have come out.

-
Secular holiday : A recent celebration (1997) in port cities only, in tribute to Commodore Perry's arrival in 1853. Various events are dedicated to the sea.

-
Culture : In tribute to the victims of the dropping of the first atomic bomb on August 6, 1945. Observance is held at the Peace Memorial Park

-
Secular holiday : Designed to share opportunities to get familiar with mountains and appreciate blessings from mountains. Paid holiday when falling on Saturday or Sunday