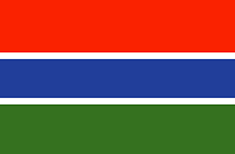 Please note that authorities may take last-minute decisions; please double-check if this information is vital to you
Make a Paypal donation of euros 50 to [email protected] to purchase the full calendar for 5 countries, including the Gambian schools
Contact [email protected] to purchase a file containing confirmed calendars of 550 countries and regions.

-
Secular holiday : Independence from the UK in 1965. Paid holiday when falling on Saturday or Sunday

-
Secular holiday : From 2009 When the Organisation of African Unity (OAU) was created in May of 1963, the founding delegates proclaimed May 25, 1963 African Liberation Day (ALD), as the successor commemoration day of Africa Freedom Day.