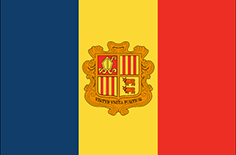 -
Secular holiday : Celebrates the referendum which lead to a written constitution in May 1993

-
Secular holiday : John is described in the New Testament as the last of the Old Testament prophets and the precursor of the Messiah. Another celebration is August 29th in remembrance of his beheading. Paid holiday when falling on Saturday or Sunday