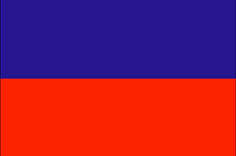 Full calendar of public and bank holidays of the world (and banks closures), from 1970 until 2070 for Haiti

-
Secular holiday : Anniversary of the day in 1804 when Jean-Jacques Dessalines declared independence and restored the country's original name Haiti , from the Indian vernacular for land of mountains

-
School holidays : Information gazetted by the Ministry of Education
http://www.sgcm.gouv.ht/ministre-de-leducation-nationale-et-de-la-formation-professionnelle/
Schooling in Haiti is mandatory till age 12
number of instructional days per year: 184 school days (920 hours)
33% of children do not attend school
Schools may remain open on Saturday
School uniforms often required

"afro" hairstyle prohibited in most schools

-
Catholic or protestant : Christian observance to begin the 40 day season of Lent. Ashes are marked on worshippers as a sign of penitence. In Galicia, Spain, only in the city of Pontevedra. In some Caribbean islands, marks the Carnival period.

-
Culture : Ratification of the Constitution

-
Culture : A former slave who became a general in the French army of Napoleon, Toussaint Louverture (1743 - 1803)established a new constitution of the Dominican Republic.

-
cards/flowers : not a public holiday

-
Secular holiday : Originally, the university flag was blue and red. On June 21, 1964, the Duvalier regime changed the colours to black and red. The decision was reverted in 1987.