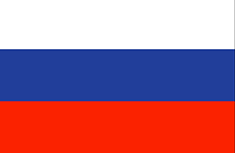 -
Special Events : Encompasses centuries of war and discord between the Republic and Moscow. From 2011 onwards. in Chechenia