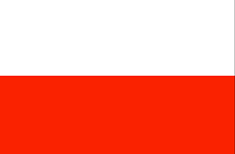 -
Secular holiday : The Greater Poland Uprising, which was one of the two successful Polish uprisings, ended in the triumph of Polish insurgents over the Germans. The uprising broke out on December 27, 1918, in Poznań (western Poland) after a patriotic speech by Ignacy Paderewski, the famous pianist and diplomat, who became the Polish prime minister in 1919. The city was liberated on January 6, 1919. Almost the entire province was liberated by mid-January. from 2021

We carry confirmed dates till Aug 2023; Further dates are projected dates based on previous years

Please note that authorities may take last-minute decisions; please double-check if this information is vital to you
< Contact [email protected] to purchase the full calendar for Poland or one file containing confirmed calendars of 550 countries and regions.

-
Catholic : From 2011 onwards Paid holiday when falling on Saturday or Sunday

-
Secular holiday : May 3rd holiday . refers to the constitution of 1791