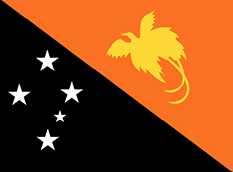 -
Secular holiday : Boxing Day is a holiday celebrated on the day following Christmas Day, when servants and tradesmen would traditionally receive gifts known as a Christmas box from their masters, employers or customers. Due to historical reasons, depending on the year, Boxing Day can be celebrated BEFORE Christmas in the UK.

-
Secular holiday : In tribute to the late Chief Michael Somare

-
Culture : In tribute to soldiers who died during world wars, especially during the Gallipoli (Turkey) campaign during the First World War.