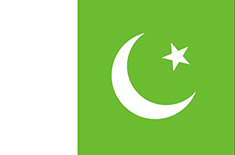 Due to the unprecedented floods and torrential rains, the Punjab education department has decided to cut down the syllabus by 20% for classes I to X, in 2022-2023


We carry confirmed dates till June 2023 in Sindh and April 2023 in Punjab ; Further dates are projected dates based on previous years

Please note that authorities may take last-minute decisions; please double-check if this information is vital to you
Make a Paypal donation of euros 50 to [email protected] to purchase the full calendar for 5 countries, including Pakistani schools
Contact [email protected] to purchase a file containing confirmed calendars of 550 countries and regions.

-
Secular holiday : paid holiday when falling on Saturday or Sunday

-
Banks only : Originally Ramadama is the name of the ninth month in the Arab world. It is, above all, a month of fasting. Fasting was not born with Islam. The abstaining from eating and drinking is mentioned in the Old and New Testaments, preceding the prophet Muhammad. Thus, in the Bible, it is mentioned that Queen Esther asked the Jews to fast for three days before asking her husband to spare the Jews. According to the New Testament, Jesus fasted for 40 days in the desert. Referring to this episode, Christianity has a fasting period of 40 days called Lent . Today, the fasting period of practicing Catholics lasts from Ash Wednesday to Good Friday. The start of Ramadan generally depends on local observation of the moon crescent, but others choose the calculation of the new moon or the statement of Saudi Arabia to determine the start of the fasting period. The three main prohibitions of Ramadan are: eat, drink and have sex, It is possible to swallow one's own saliva, but not the water with which mouth was rinsed. Practitioners can go swimming or take a shower, as long as they do not swallow water. Alcohol-based perfume is prohibited. Nail biting is allowed as long as nails are clean. Dates fruit are recommended after breaking of the fast, provided they do not come from Israel. Travelers, pregnant or nursing or menstruating women are allowed to stop fasting. Practitioners usually gain weight during this period. Punishments are particularly heavy year Algeria, Kuwait, the United Arab Emirates, Bahrain and Saudi Arabia.

-
Secular holiday : On 23rd of March, 1940, at the Muslim League's 27th session, under Quaid-e-Azam's leadership, Mr. A.K. Fazlul Haq moved a resolution and demanded a separate sovereign state for the Muslims in the North West and Eastern zones of the Indian Sub-continent. Actual name of celebration is RESOLUTION DAY.

-
Culture : Hussain was a disciple of Sheikh Bahlol Daryai Chinioti. Following his masters advice, he studied mysticism and spent 12 years in penance at the shrine of Hazrat Data Gunj Bukhsh. Like all Sufis, he was a nonconformist and did not believe in ritualism but direct communion with the Almighty. He even shaved off his beard and moustache. Hussains love for a Brahmin boy called Madhu or Madhu Lal is famous, and they are often referred together as Madhu Lal Hussain. Madhus tomb lies next to Hussains in the shrine.