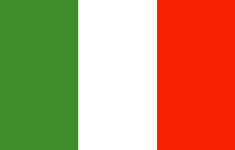 -
Secular holiday : Commemorates the referendum on monarchy (June 2, 1946), that resulted in the establishment of the Italian republic, and the adoption of a new constitution in 1948. Paid holiday when falling on Saturday or Sunday