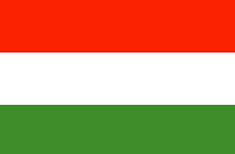 -
School holidays : Http://eduline.hu
International schools may follow a different calendar
calendar provided by the Ministry of Education
all study programs are aligned with the requirements of the Bologna Process
PISA ranking (average 493): 477
Schooling is mandatory till age 16
Average class size: more than 21
number of instructional hours per year in lower secondary education: 600
Number of teaching days: 183
Usually no school on Saturday
No uniform required

Please note that authorities may take last-minute decisions; please double-check when this information is vital to you
Make a Paypal donation of euros 50 to [email protected] to purchase the full calendar for 5 countries, including Hugarian schools
Contact [email protected] to purchase a file containing confirmed calendars of 550 countries and regions.

Anniversary of the Revolution 1848-49

-
Secular holiday : Anniversary of the revolt against Austrian rule. Marks the beginning of the 1848 Revolution against the rule of the Hapsburg Monarch in Vienna. The revolution, which ended in defeat a year and a half later, attempted to abolish feudalism and establish a modern constitutional state complete with civil liberties.

-
Secular holiday : Miskolc Day: anniversary of the granting of the coat of arms of the city in 1909 by King Franz Joseph Miskolc only

-
Culture : Day of mourning and remembrance in Hungary, the day when the Treaty of Trianon was signed in Versailles in 1920, and Hungary lost 71.4% of its former territory.

-
Culture : Commemorates the end of the Soviet occupation of Hungary and honors the martyrs of the Hungarian Revolution of 1956.