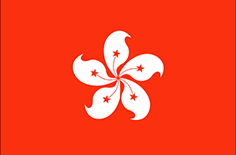 -
Secular holiday : The world's most widely celebrated holiday, New Years was set on January 1 by Julius Caesar because that was the date the Roman consuls took over their duties. Not a paid holiday when falling on Saturday or Sunday

Please note that authorities may take last-minute decisions; please double-check if this information is vital to you
Make a Paypal donation of euros 50 to [email protected] to purchase the full calendar for 5 countries, including Hong Kong schools
Contact [email protected] to purchase a file containing confirmed calendars of 550 countries and regions.

-
Secular holiday : Employers who require employees to work during the holiday must provide them with an alternative day off within 60 days of the holiday

-
Secular holiday : Employers who require employees to work during the holiday must provide them with an alternative day off within 60 days of the holiday

-
Buddhism (Vajrayana) : Sakyamuni Buddha, the founder of Buddhism, was born on April 8th, 623 B.C.E. in ancient northern India (now in Nepal) as Prince Siddhartha. It is a holiday observed by Buddhists throughout the world, though the exact date may differ from country to country. It is a