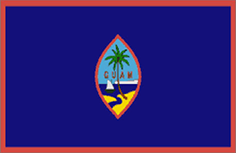 -
Secular holiday : Martin Luther King was a U.S civil rights leader and American clergyman. His non-violent demonstrations against racial inequality led to civil rights legislation. He was assassinated in 1968.

-
Secular holiday : Commemorates the formal adoption of the Declaration of Independence on July 4, 1776. The Fourth is traditionally celebrated publicly with parades and pageants, patriotic speeches, and organized firing of guns and cannons and displays of fireworks.

-
Banks only : Liberation from the Japanese in 1944 by the US Armed Forces