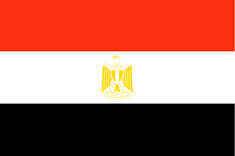 Please note that authorities may take last-minute decisions; please double-check if this information is vital to you
Make a Paypal donation of euros 50 to [email protected] to purchase the full calendar for 5 countries, including Egyptian schools
Contact [email protected] to purchase a file containing confirmed calendars of 550 countries and regions.

-
Secular holiday : From 2010 onwards Commemorates the massacre of over 50 policemen in Ismailiyya by British forces on that day in 1952.

-
Secular holiday : Recall of the Israeli troups in 1985

-
Muslim, Sufi : Commemorates the day the Prophet Abraham took his son Ishmael out into the wilderness to sacrifice him to God. As he raised the knife to take his only son's life in obedience to God's command, his hand was stopped and the Lord provided a ram in Ishmael's place.

-
Muslim, Sufi : The second main celebration of Islam. It celebrates Abraham's willingness to sacrifice his son in obedience to God. Muslims make their annual pilgrimage, or the Hajj , to Makkah (Mecca) in Saudi Arabia. Paid holiday when falling on Friday or Saturday

-
Secular holiday : Celebration of the ousting of president Mohamed Morsi from the presidential office by protests in 2013 from 2016

-
Culture : Copts consider the Holy Family flight to the land of the Pharaohs, seeking to protect the Christ Child from the wrath of King Herod, a providential event: it prepared the nation to receive the proclamation of the Gospel. According to local tradition, the Holy Family moved throughout the country carrying out miracles, which are at the origin of numerous sanctuaries. Those shrines are visited by Muslims as well as Christians.

-
Banks only : Due to the beginning of the new Fiscal Year.

-
Muslim, Sufi : The event where Muhammad fled Mecca with a small group of followers to go to Medina (Yathrib) in the year 622 A.D., under mounting hostility towards Muhammad.

-
Secular holiday : Anniversary of the end of the Egyptian royal government (King Faruk) and the establishment of the republic in 1952 http://www.egyptse.com/