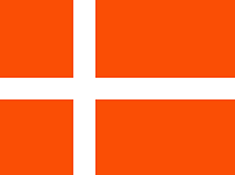 -
School holidays : Http://www.kk.dk
Applies to Copenhagen schools
calendar issued by the Ministry of Education
the UN Human Development Index lists Denmark as one of the best systems in the world
Schooling is mandatory till age 15
Number of teaching days: 200
No school on Saturday
No uniform required
University of Copenhagen ranking: Times Higher Education #--/QS ranking #73/Shanghai #30

Please note that authorities may take last-minute decisions; please double-check if this information is vital to you
Make a Paypal donation of euros 50 to [email protected] to purchase the full calendar for 5 countries, including Denmark schools
Contact [email protected] to purchase a file containing confirmed calendars of 550 countries and regions.

-
Culture : End of April Fools' Day month. Cat is mentioned because cats born in May are supposed to be bad omen. Jokes are performed all over the country.

-
cards/flowers : Probably linked with a celebration in England in the 1600s ( Mothering Sunday ). Honored all mothers in England. Mothering Sunday gave poor servants who lived and worked for the wealthy a day off to actually go home and dedicate time to their mothers. Mothering Cake , a special cake, was common for the celebration.