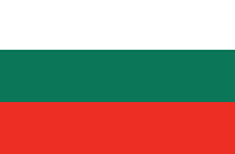 -
School holidays : Www.mon.bg
https://kg.sofia.bg/
official calendar issued by the Ministry of Education
may vary according to the academic level
study programs are not aligned with the requirements of the Bologna Process
PISA ranking (average 493): 446
Schooling is mandatory till age 15
number of instructional weeks per year in lower secondary education: 44-45
No school on Saturday
No uniform required

Please note that authorities may take last-minute decisions; please double-check if this information is vital to you
Make a Paypal donation of euros 50 to [email protected] to purchase the full calendar for 5 countries, including Bulgarian schools
Contact [email protected] to purchase a file containing confirmed calendars of 550 countries and regions.

-
Culture : 'Babinden' - of the greatest female folk festivals dedicated to the grandmas (the Bulgarian word for midwives) - women who help at birth - and young brides and women who have given birth. Rituals during this day are mainly governed by the desire to manifest honour and respect for older women who have helped young mothers at birth.

-
Culture : In tribute to Saint Trifon, assassinated in 248 in Apemia, considered a major wine center.

-
Culture : Maslenitsa (also known as Butter Week, Pancake week, or Cheesefare Week) has its origins in both pagan and Christian traditions. In Slavic mythology, Maslenitsa is a sun festival, celebrating the imminent end of the winter. corresponds to the Western Christian Carnival.

-
Secular holiday : Restoration of the third Bulgarian kingdom after almost 500 years of Ottoman rule. The treaty of San Stefano, signed on March 3 1878, was the milestone of this process and the day remains one of the most celebrated in Bulgarias history. The San Stefano treaty ended the Russo-Turkish war, which started in 1877. Paid holiday when falling on Saturday or Sunday